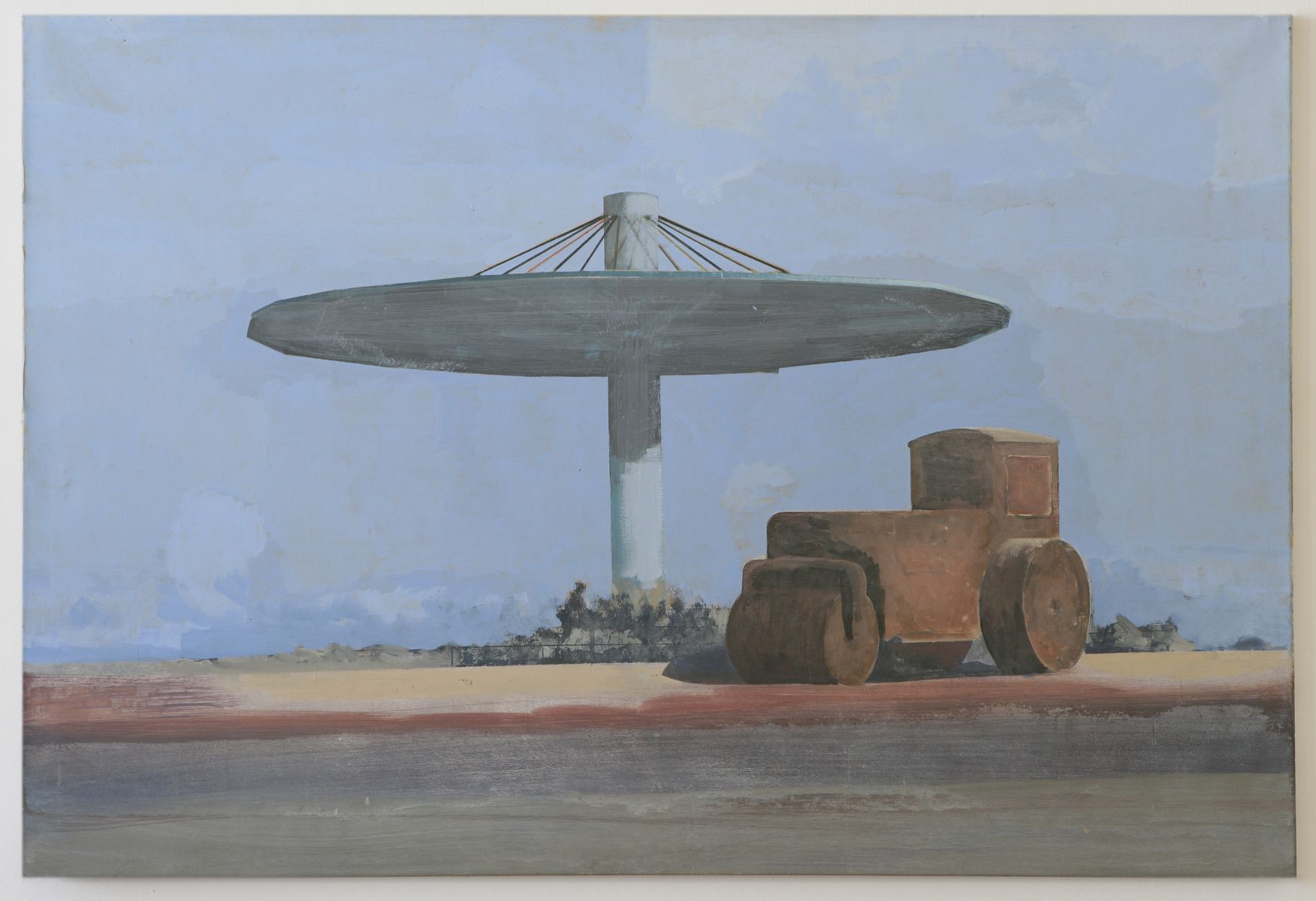 Edi Hila (b, 1944) in Shkodër, Albania. He lives and works in Tirana. He has taken part in numerous international exhibitions including the Venice Biennale (1999), “After the Wall” at the Moderna Museet in Stockholm (1999), the Hamburger Bahnhof in Berlin and the Ludvig Museum in Budapest (2000) as well as “Blood and Honey ? The Future’s Balkan” curated by Harald Szeeman at the Essl Museum in Vienna (2003) and the Liverpool Biennale (2010). His works have recently been acquired by the collections of the Musée d’art Moderne Centre Pompidou, FRAC Pays de la Loire and the Fonds Municipal of the Ville de Paris.

As an important figure of the Balkan arts scene, the work of Edi Hila has for the last 20 years bared witness to the profound changes experienced by societies in post communist Europe. Having refused to emigrate to a more economically prosperous country, Hila remains living in Tirana where he has developed a practice which reflects on the transitory nature of Albanian history (its geography between east and west) and on the position of Albanian painting in Mediterranean art history.