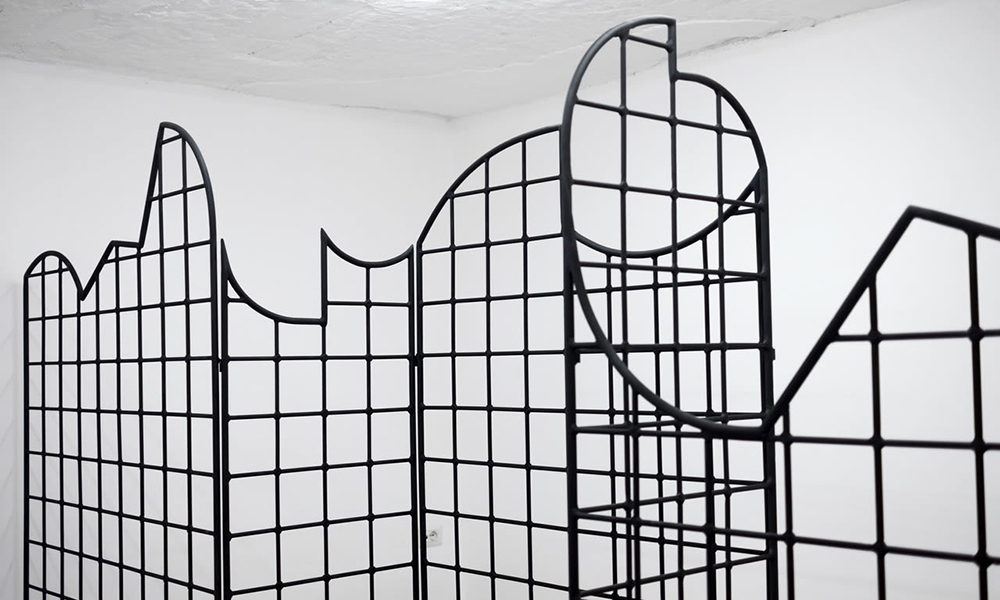 GENTI KORINI (b. 1979) holds an MFA in painting from the University of Arts in Tirana, Albania (2002) and has also studied at the University of the Art and Design from Cluj-Napoca in Romania. Korini has exhibited extensively including the following solo exhibitions; Notes from The Upperground, (2019 ) Bazament Art Space, Tirana; Solid Uncertainties (2017) BeersLondon, London, UK; Inside My Walls I See Yours (2015) at Martin Asbaek Gallery in Copenhagen; The Object and Its Background (2014) with Jecza Gallery in Romania and Ephemeral Structures (2013) at the National Gallery of Art in Tirana.

Genti Korini explores the manner in which forms are created and how their cultural backgrounds and social contexts shape them. Previously interpreted through painting, recently Korini expanded its vocabulary, research, and materiality in new series and mediums. Korini’s canvasses evoke turn-of-the-century art movements of the early avant-gardes, which later shaped the whole Eastern Europe landscape. Genti’s works may remind the viewer of imagined eastern bloc architecture; these are monolithic structures comprised of impossible shapes and geometric forms that mirror early 20th century utopian ideals. He confronts the aesthetics of the former modernist designs idiom to its new vernacular interpretations found in the Albanian environment.

Decorative aspects of buildings, urban spaces and the new architecture itself are the visual facet of the larger language of expression, which is intrinsically connected to the imaginary dimension of power (its dream-space or virtual space).