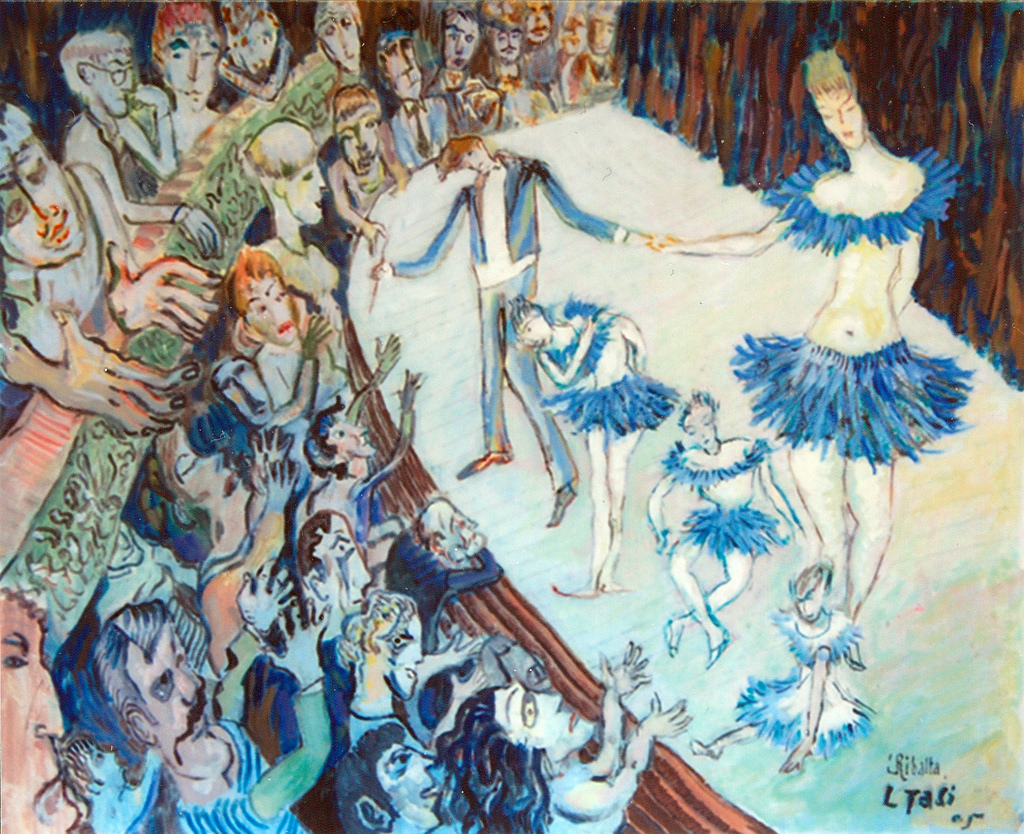 Lekë Tasi (b, 1929 in Athene, Greece) in a family of Albanian emigrants. He studied music and worked as a cello player on Radio, Philharmonic and at the Opera Theater (1946-1967). Dismissed for political reasons, he was sent in exile in Myzeqe, where he worked in farming. He was released in 1990. In 1991 he was appointed at the Secretariat for Religion at the Ministry of Culture and later to the Prime Minister’s office, where he contributed until 1998. From very young age he practiced painting; initially with graphics (aquarium, tempera, pastel, chinese ink, flomaster) and later he painted almost completely in oil. Although self-taught, even his earlier works have been appraised by well-known painters such as Mio, Buza, Zajmi and Paskali with whom he consulted regularly.

Lekë Tasi was a participant in the joint exhibition organized by the Soros Foundation (1992) at the Pyramid and four other times at the GKA (1992, 2003, 2007, 2015). He was part of another joint exhibition together with other painters Ll. Blido and R. Guci at the “Joseph” gallery (Durrës, 2005). He has been a participant at the Onufri exhibition three times during the ’90s; the last participation was in 2004 with the exhibition entitled “Prominent Places”. Among his personal exhibitions we can mention those exhibited in galleries such as: “Exit” (Peja, 2005), “Zeta” (Tirana, 2012), and “DIDART” (Tirana, 2008-2012). His works have also been exhibited at the Museum of Contemporary Art in Genoa Italy along with 25 other artists at the exhibition “Art in Albania – before and after the 1990” (November 2009 – February 2010). In Alba, Galeria d`Arte – Angelo Galeasso, he opened his personal exhibition “La Mia Açademia delle Ore Libere” (21-29 July 2014). In April 2016 he participated with 163 Albanian artists in the event Luciano Benetton Collection “Imago Mundi”. 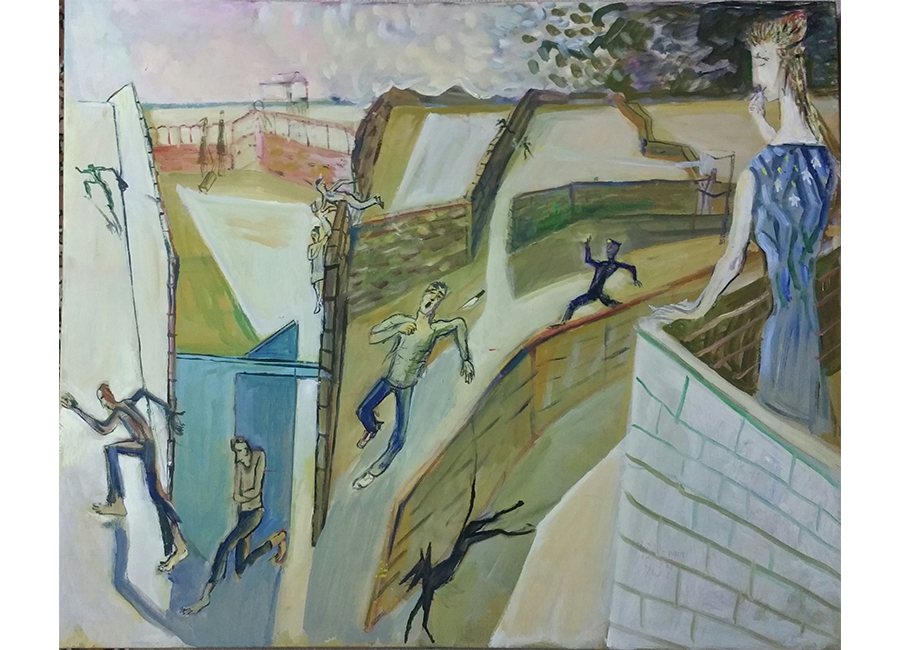 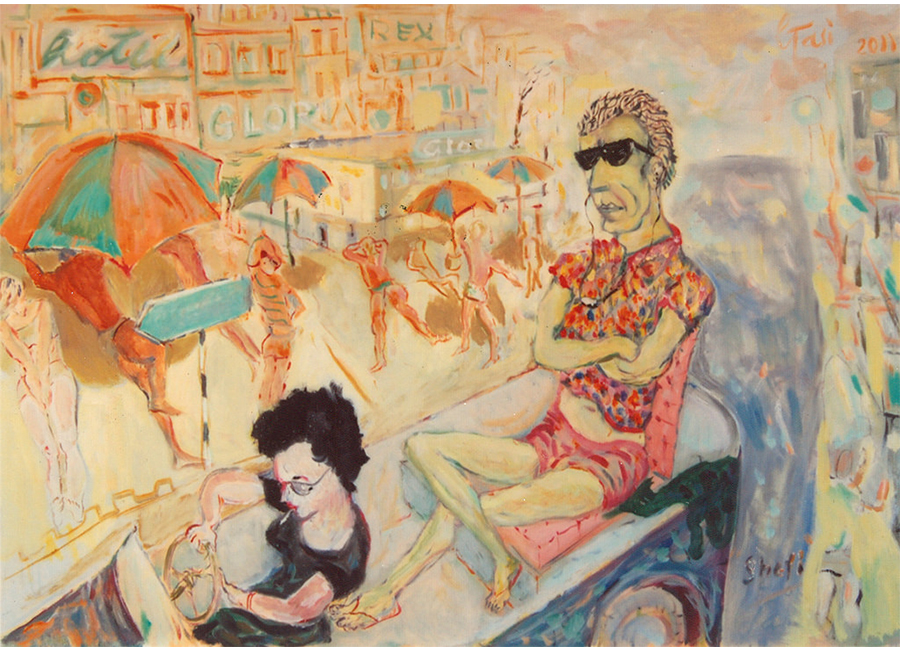 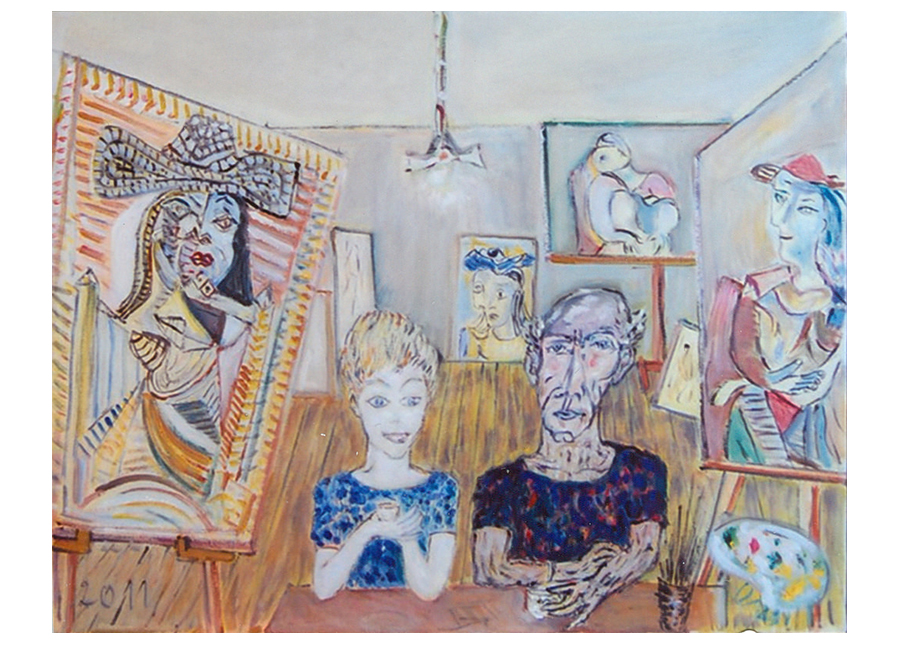 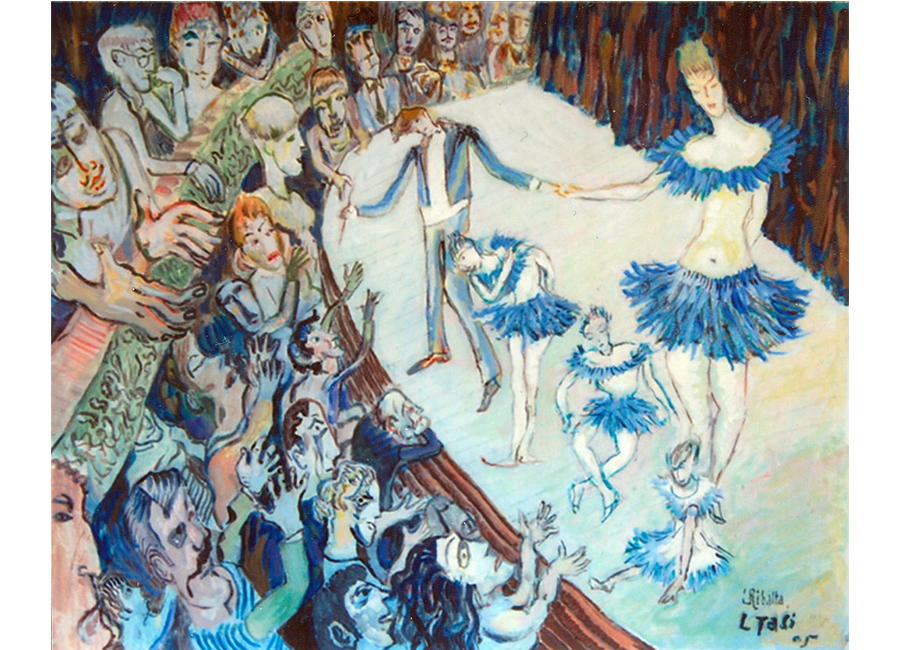 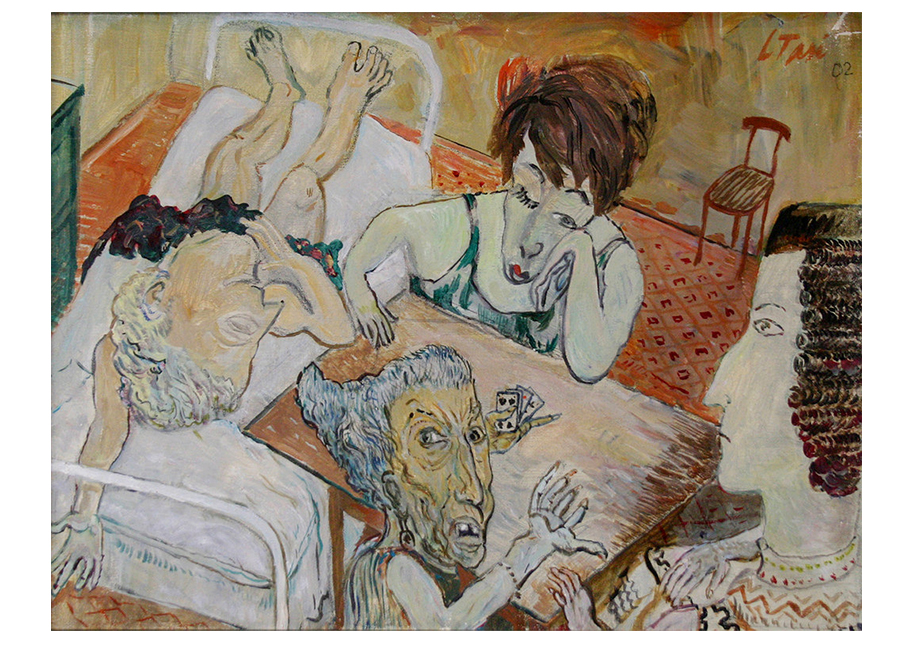 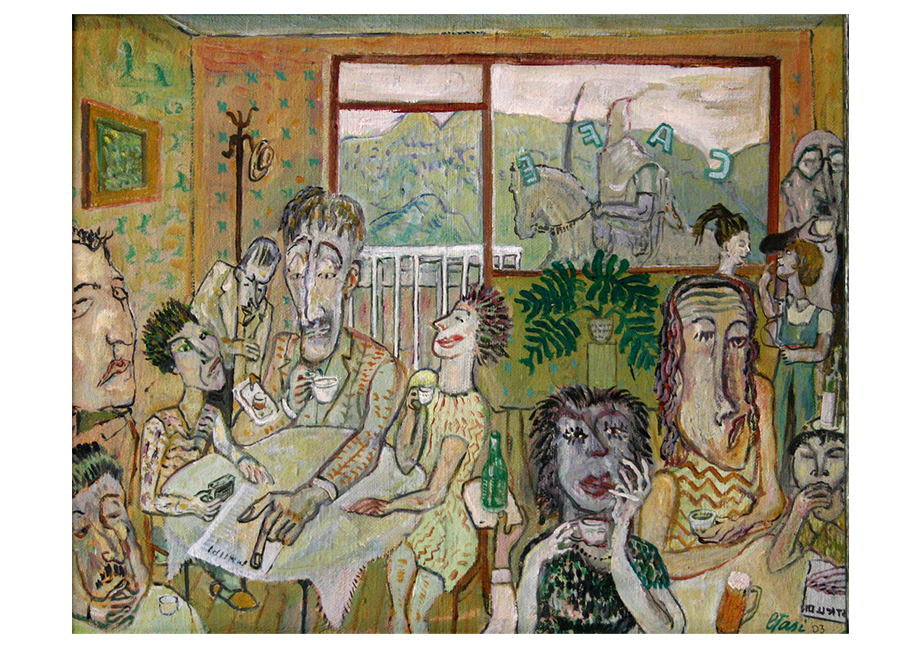 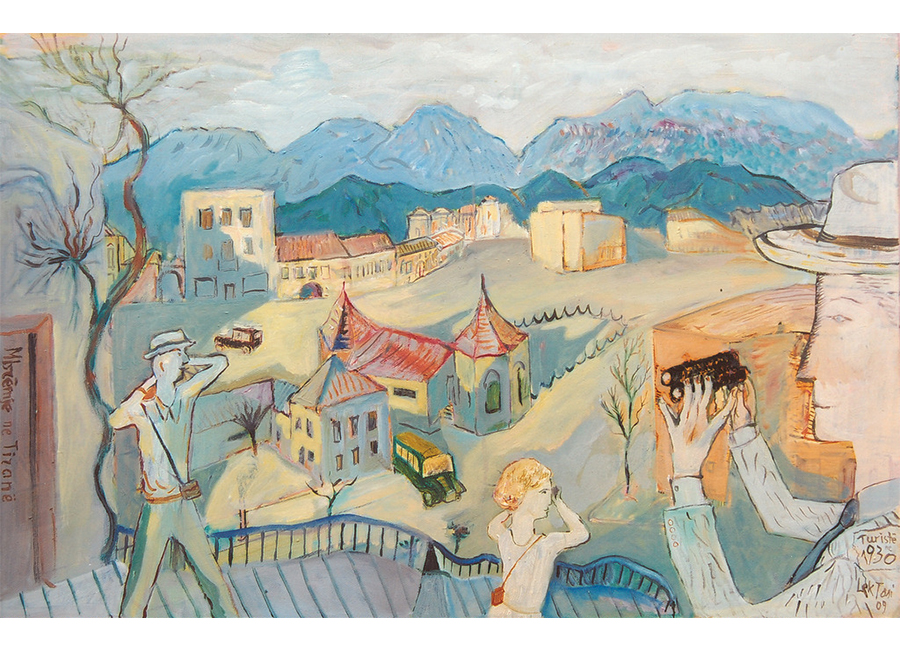 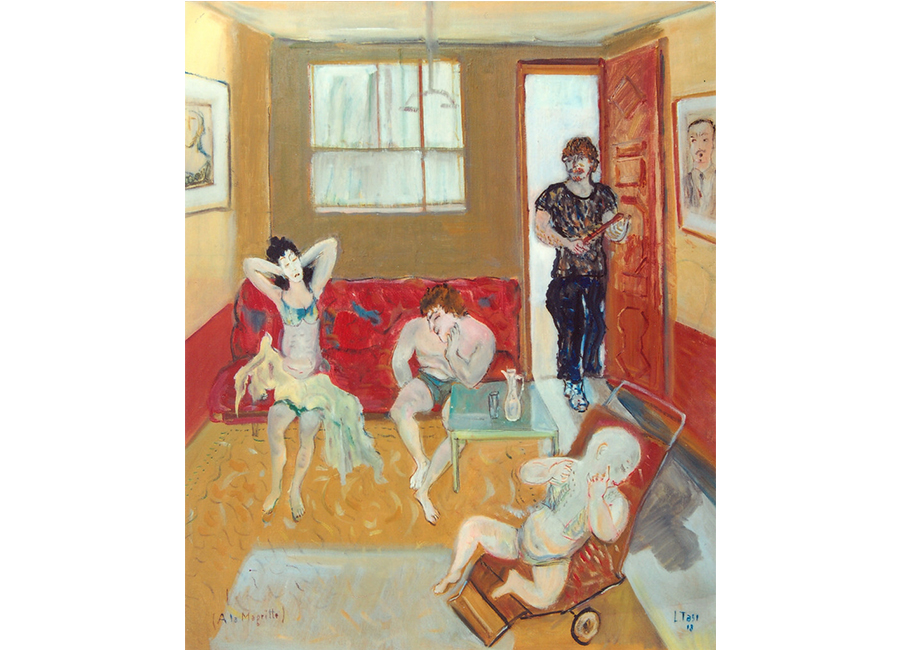 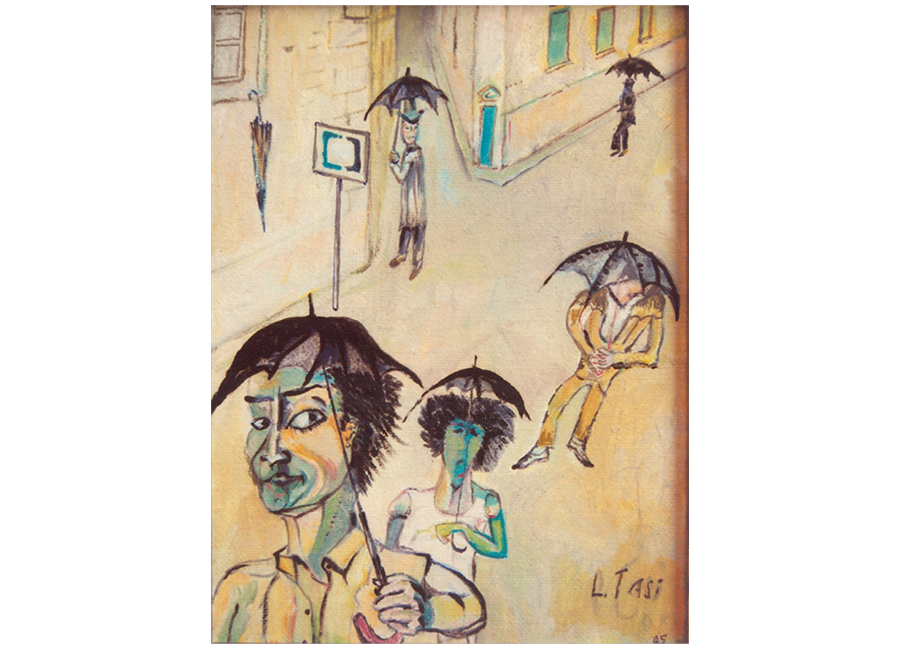